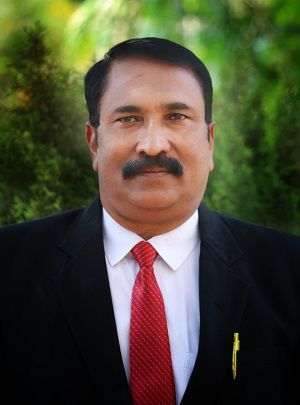 He has received Ph. D. from RTMs Nagpur University Nagpur Maharashtra (India) in 2014. He has received M.E. (Electronics) from Walachand college of Engineering in 2000 & B.E.(Electronics) from KITs college of Engineering in 1991 from Shivaji University Kolhapur Maharashtra (India) . He is former Vice Principal Dean academics & HOD (E&TC Dept) of DYPCOE He has total 28.5 years of experience in teaching ( UG & PG) industry & research. He was Vice Chairman of IETE Pune centre from 2012 to 2016.He is working as Executive committee member of IETE Pune centre from 2010 to present. He has published Seventy Nine (79) plus Research papers in various International/National Journals/Conference proceedings IEEE Explorer etc. He has worked as Session chair for many International /National conferences in India and abroad. He has worked as the Member of Technical Program Committee (TPC) Advisory Committee organizing committee Editorial board for many international & IEEE conferences. He has conducted many seminars in Jr. Colleges for career counselling and admission promotion. He has designed & developed many electronics laboratories at UG & PG level. He has attended many Education Summits International/National Conferences FDPs and STTPS Syllabi Revision orientation workshops International/National Symposium/workshops and national level technical exhibitions. He has organized many workshops on Patents & IPRs for both students and faculties. He has worked as member of Training and placement cell PhD Student registered: 01 ME dissertations guided- 25 plus & Undergraduate projects guided-100 plus. He is Life member of ISTE Fellow member of IETE former member of IEEE Communication and Photonics society & QCFI. He has worked as member of ISO committee. He is having contribution in many social activities such as tree plantation Medical camp etc. During his tenure as Vice Principal he has proved his overall administrative competency & capability at department college and campus level. During his tenure as Dean Academics he has proven his ability to improve the teaching learning and hence overall academic development in the institute.